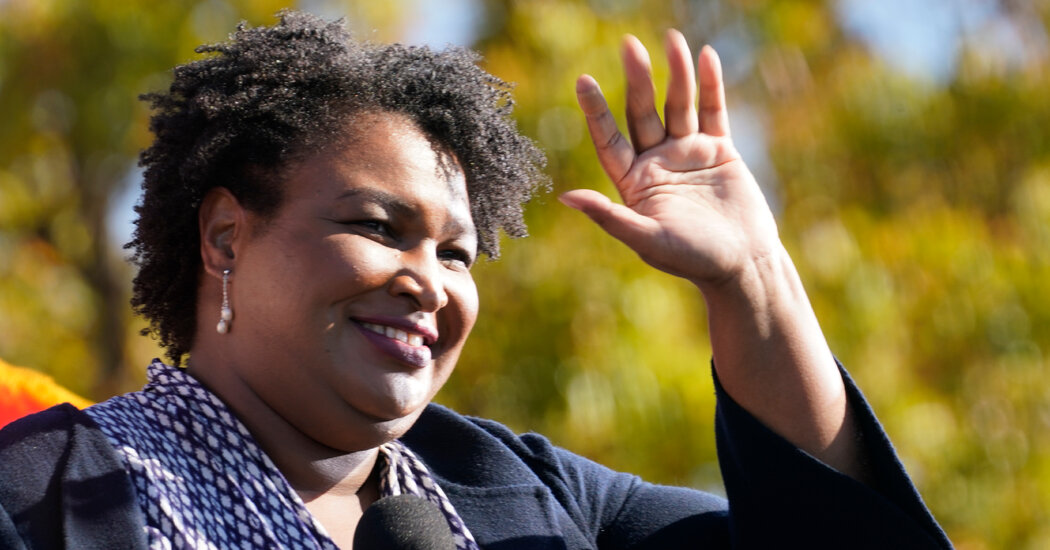 An assistant football coach at the University of Tennessee at Chattanooga lost his job after smearing Stacey Abrams and the state of Georgia in a tweet that perpetuated unsubstantiated claims of election fraud, university officials said on Thursday.

The coach, Chris Malone, was in his second season as an assistant and offensive line coach for the Mocs, according to a biography that was removed from the university’s athletics website.

Mr. Malone made the disparaging comments about Ms. Abrams, a former gubernatorial candidate and onetime Democratic House leader in Georgia, on Tuesday night after the runoff elections for the U.S. Senate in Georgia — races won by Democrats that will give them control of the Senate.

“Congratulations to the state of GA and Fat Albert @staceyabrams because you have truly shown America the true works of cheating in an election again!!!” Mr. Malone wrote. “Enjoy the buffet Big Girl! You earned it!!! Hope the money was good, still not governor!”

Mr. Malone later deleted the post, but not before other people took screen shots of it and widely shared it on social media.

“That tweet was hateful, hurtful and untrue,” Steven R. Angle, the university’s chancellor, said in a video posted on Thursday by the university on YouTube. “Coach Malone is no longer a part of this university.”

Mr. Angle said that Mr. Malone failed to meet the expectations of university faculty and staff to lead in way that maintains a respectful and tolerant campus environment.

“The University of Tennessee at Chattanooga does not tolerate and unequivocally condemns discrimination and hatred in all forms,” Mr. Angle said.

Efforts to reach Mr. Malone were not immediately successful. His Twitter account had been deactivated, and no phone number was listed for his address in Chattanooga.

Ms. Abrams has been credited with helping President-elect Joseph R. Biden Jr. to carry the state in November and in the victories of the two Democratic senatorial candidates this week. She has fought efforts to suppress participation by Black voters across the country.

UT-Chattanooga has about 12,000 students. The Mocs play in the Southern Conference, which postponed competition in fall sports, including football, because of the coronavirus pandemic.

Rusty Wright, the university’s head football coach, said in a statement that a member of his staff had crossed a line with a social media post.

“What was posted on social media by a member of my staff is unacceptable and not any part of what I stand for or what Chattanooga Football stands for,” Mr. Wright said.