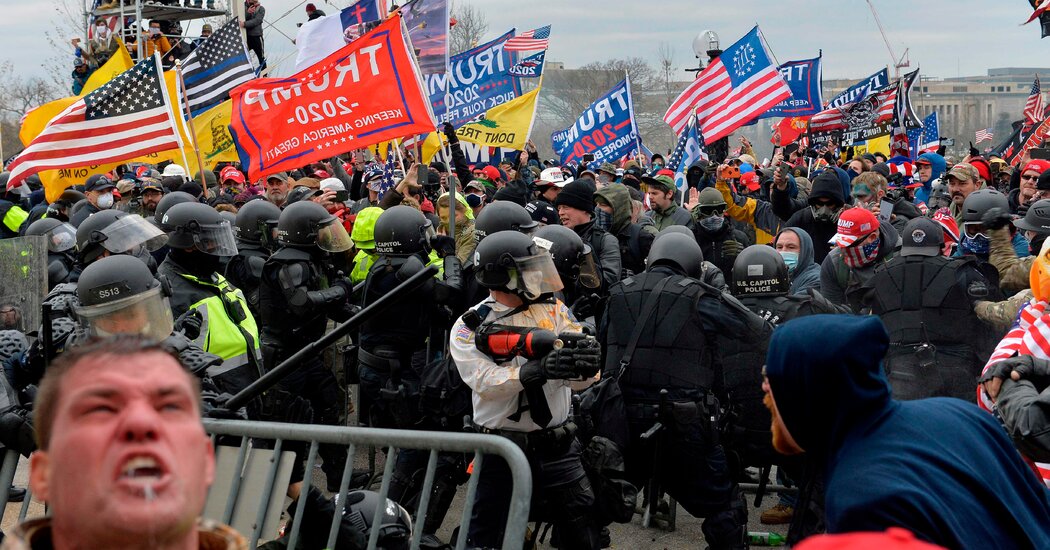 This was not a coup by any traditional definition of the term (as authors of books on coups quickly took to Twitter to explain), nor was it the kind of Bill Barr-abetted, Supreme Court-stamped use of constitutional trickery that liberals feared. But it was still something more than just a riot. And not merely because of where and with what encouragement it happened, but because it extended from an immersive narrative that made many of its participants fervently believe that they were actors in a world-historical drama, saviors or re-founders of the American Republic.

Since some of them, along with a Capitol Police officer, died because of this belief — and if the worst of them had encountered Vice President Mike Pence, even he might have conceivably died for this belief — we can describe this definitively as a moment when the virtual dreamscape, the online backdrop to our sclerotic real-world politics, tore down the curtain and capered in Viking furs in the world outside our screens.

But more than that, we can say that Donald Trump, like a fool dabbling with occult forces, was the one who let the veil be torn. For over three years QAnon and its attendant conspiracies made use of his presidency for their narratives, their vast exercise in creating secondary worlds. If, following his electoral defeat, he had just whined about fraud and prepared to run for president again, they probably would have continued the world-building, spinning his exile as the latest phase in “the plan,” with a pre-orchestrated second act forthcoming in 2024.

But he wanted more, he wanted a way to actually stay in office, and since no Republican with real power would actually do a coup for him, he turned fully to the fantasy world — which gladly supplied him with story lines, narratives, first the Kraken and then the fixation on Mike Pence as a deus ex machina.

And because Trump is, however incompetently, actually the president and not just a character in an online role-playing game, by turning to the dreamworld he made himself a conduit for the dream to enter into reality, making the dreamers believe in the plausibility of direct action, giving us the riot and its dead.