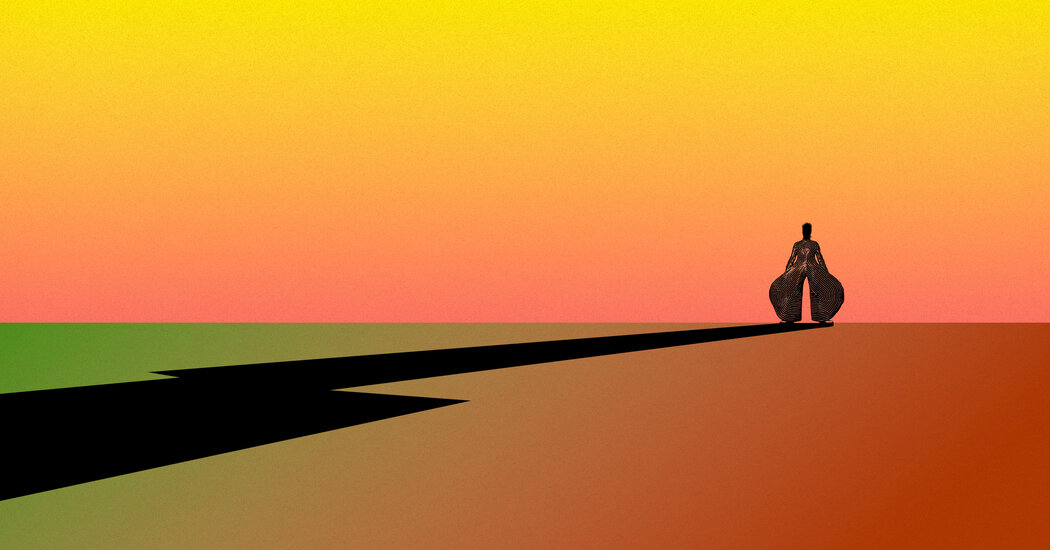 Five years. Where are we now?

The first track on Bowie’s 1972 album “The Rise and Fall of Ziggy Stardust and the Spiders From Mars” is called “Five Years.” It sets an apocalyptic scene: The news has just come over that Earth is dying and we have five years left to cry in. The narrator responds by pushing toward an experience of sensory overload, hearing and seeing everything at once until his “brain hurt like a warehouse, it had no room to spare.” Everybody, all the fat-skinny people and the tall-short people, have to be somehow crammed inside his head.

And then things begin to get really odd: A girl hits some tiny children, a soldier with a broken arm fixes his stare at the wheels of a Cadillac, a cop kneels and kisses the feet of a priest. Then this:

And it was cold and it rained I felt like an actor
And I thought of Ma and I wanted to get back there.

Somehow, the overwhelming immediacy of the knowledge of the end of the world induces a feeling of unreality and isolation, the impression of the world as a film set and oneself as an actor in a movie. It is as if too much reality leads to depersonalization, the sense of living an illusion.

To Bowiephiles, this scenario is familiar, cropping up in countless songs over the half century that separates “Space Oddity” from “I Can’t Give Everything Away,” the last track on “Blackstar.” But it is perhaps most pronounced in the album “Diamond Dogs” from 1974, which was originally intended to be a musical based on Orwell’s “1984,” another of Bowie’s favorite books. “Diamond Dogs” begins with Bowie reciting “Future Legend,” where a city not at all unlike Manhattan has become Hunger City. All social order has collapsed and crowds of Burroughs-like Wild Boys roam a destroyed landscape, where

Fleas the size of rats sucked on rats the size of cats
And 10,000 peoploids split into small tribes
Coveting the highest of the sterile skyscrapers
Like packs of dogs assaulting the glass fronts of Love-Me Avenue

And then, sliding into the title track, Bowie screams: “This ain’t rock ’n’ roll. This is genocide!” A Stones-like guitar riff locks in and away we go.

But the track on “Diamond Dogs” that best reflects where we are now is “Candidate,” which again presents a destroyed world that has faded into cinematic illusion:

My set is amazing, it even smells like a street.
There’s a bar at the end where I can meet you and your friend.

In such a world of trumpery, in an unreal city, a candidate appears and says, “I’ll make you a deal.” With the fading of the ideal, everything becomes a deal.

Five years after Bowie’s death, the dystopian world that his music describes seems closer than ever. The total sensory overload of the world, the intolerable pressure of reality, induces in us a feeling of unreality, of fakery, of deals and steals. The felt fragility of identity leads us to withdraw from the world into isolation, to a lonely place peopled only by virtual others, avatars and caricatures. Conspiracies compete to fill the vacuum of sense.

The only way we can survive in the face of this world is by retreating from it into our own private lockdowns and peering out suspiciously through windows and screens, feeling lonely and yearning for love. One might think that it is a world in which Bowie would have rather felt at home.

But Bowie would not have felt in any way sanguine or vindicated. Against the dead illusion, decayed reality and vile bodies there is always the countermovement of imagination, pushing back against an unreal reality. There is Bowie’s scintillating, permissive intelligence that speaks to us in our aloneness and reaches out to touch our aliveness. All we have to do is listen and give him our hands. As he says in “Rock ’n’ Roll Suicide”: You’re not alone. You’re wonderful.

Simon Critchley is a professor of philosophy at the New School for Social Research and the author of several books, including the forthcoming “Bald: 35 Philosophical Short Cuts,” a collection of his writings for The New York Times. He is the moderator of The Stone.

Now in print: “Modern Ethics in 77 Arguments” and “The Stone Reader: Modern Philosophy in 133 Arguments,” with essays from the series, edited by Peter Catapano and Simon Critchley, published by Liveright Books.

The Times is committed to publishing a diversity of letters to the editor. We’d like to hear what you think about this or any of our articles. Here are some tips. And here’s our email: letters@nytimes.com.