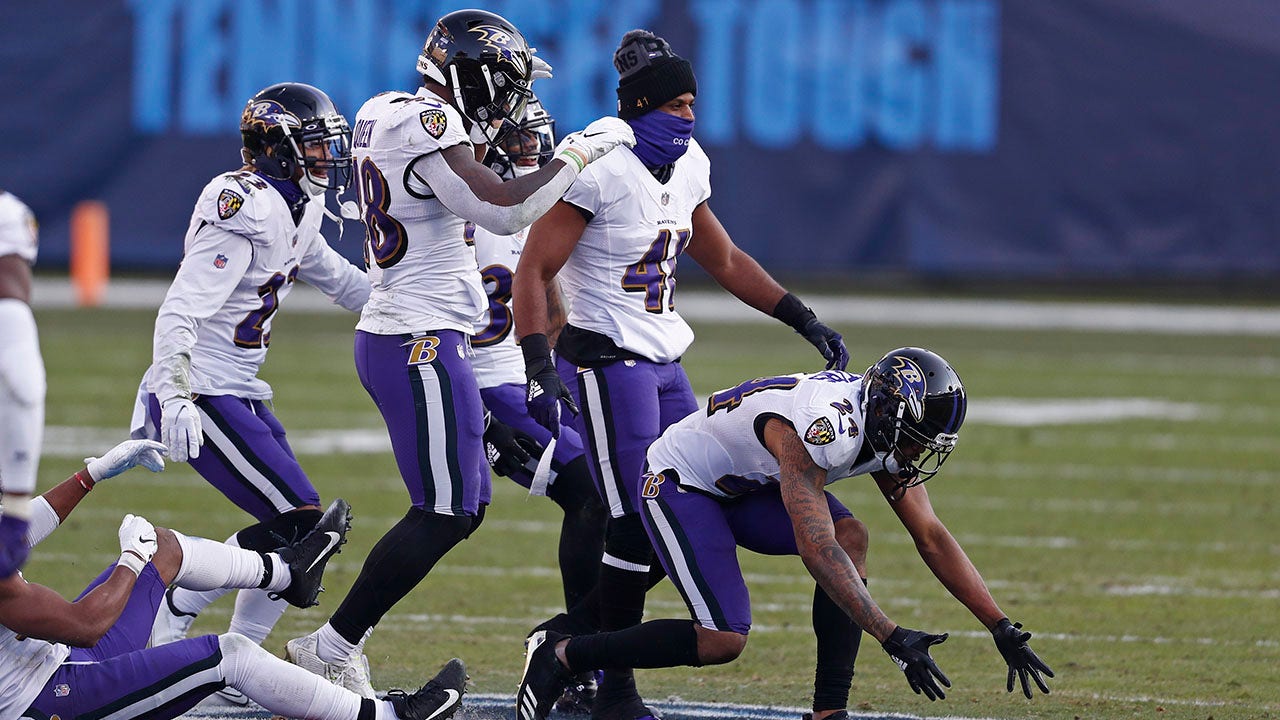 With under two minutes to go in the Ravens–Titans wild-card matchup, cornerback Marcus Peters intercepted quarterback Ryan Tannehill to put the finishing touches on Baltimore’s 20-13 road win over Tennessee.

But it was the moment after Peters came away with the interception that will leave Titans fans bitter as the team heads into the offseason. Peters and the rest of the Ravens defense made their way over to midfield, and they stomped on the Titans’ logo while celebrating the play.

The logo stomp was a call back to their regular-season matchup, when the Titans stormed into Baltimore and they were on the Ravens’ logo prior to the game, and after their 30-24 overtime win. But it’s Baltimore who gets the final laugh in this growing rivalry.

After the game, Titans head coach Mike Vrabel was asked about the Ravens celebrating on their logo and he responded, “I coach the Titans, not the Ravens.”

In this matchup, the Titans came out strong with 10 unanswered points in the first half of the game. It looked as if they would repeat last year’s playoff matchup, but Jackson was able to turn things around when he scored a 48-yard touchdown on 3rd-and-9 to tie it up after Justin Tucker’s 33-yard field goal.

A long drive by the Ravens to start the second half would put them on the board again with a 4-yard touchdown by J.K. Dobbins.

The Titans defense did little to stop the Ravens.

Stephen Gostkowski’s 25-yard field goal early in the fourth quarter would break Baltimore’s 17 unanswered points, but Tucker would miss and then score another field goal to finish the game at 20-13.

The Titans lost their first home playoff game in 12 years as the Ravens go on to either play the Kansas City Chiefs or the Buffalo Bills in the divisional round.