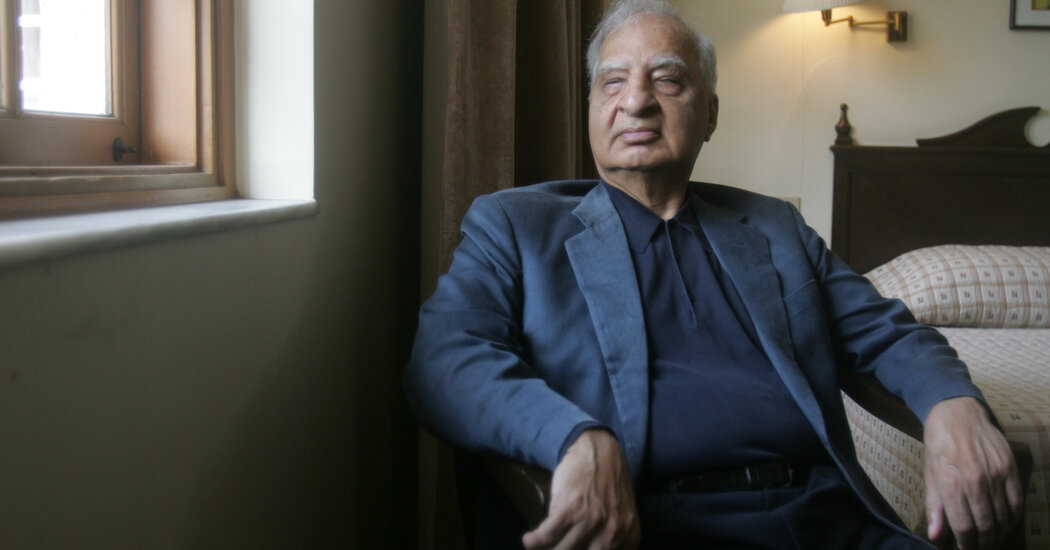 To the end of his life Dr. Mehta held himself responsible for Ved’s blindness, which had arisen amid circumstances that encapsulated the class-consciousness and learned subservience that India’s colonial history entailed. Though he had correctly identified his son’s meningitis, he let himself be persuaded of an incorrect, far less urgent, diagnosis by a ranking medical official.

As a result, he felt he could honor an engagement to play tennis that day with a visiting British dignitary rather than take his son to the hospital. Had he sought treatment immediately, he came to think, Ved’s sight might have been saved.

In an era when many blind Indians wound up as beggars, Dr. Mehta became determined to have his son educated. When Ved was not quite 5, he was sent some 900 miles away to one of the country’s few institutions for blind children, the Dadar School for the Blind, an institution founded by Christian missionaries in what was then Bombay.

“You are a man now,” his father told Ved as he placed him on the train, in the care of a cousin, for the long journey.

But the school, far from being the educational oasis Dr. Mehta had envisioned, proved to be more like an orphan asylum, populated mainly by blind street children. There was rampant disease and little serious instruction, though Ved did learn to read English in Braille; there was then no standard Braille alphabet for writing the many languages of India. He remained at the school for three years.

Mr. Mehta would write about his time there in “Vedi” (1982), the third volume of Continents of Exile:

“Deoji” (an older student) “had told me about a bathroom ghost who lived inside the wall. ‘If anyone stays there too long, the bathroom ghost will pounce on him and bite off his nose,’ he had said. ‘If he ever attacks you, just pray to Jesus, Mary and Joseph.’

“‘Who are they? What will they do to the ghost?’

“‘Jesus, Mary and Joseph live up in Heaven. They are very nice to the blind sort. Ghosts slide away just at the mention of their names.’

“Whenever I went to the bathroom, I could hear the ghost shift his weight from foot to foot; he made the whole bathroom wall shake. I always prayed to Jesus, Mary and Joseph, and he didn’t bother me.”

Returning home to Lahore at 8, Ved was determined to keep pace with his siblings.

Adept at discerning what he called sound-shadows — the subtle cues, borne by sound, heat and air currents, that can impart “facial vision” for surrounding objects — Ved climbed trees, bicycled and raced gamely over rooftops holding the strings of soaring kites.