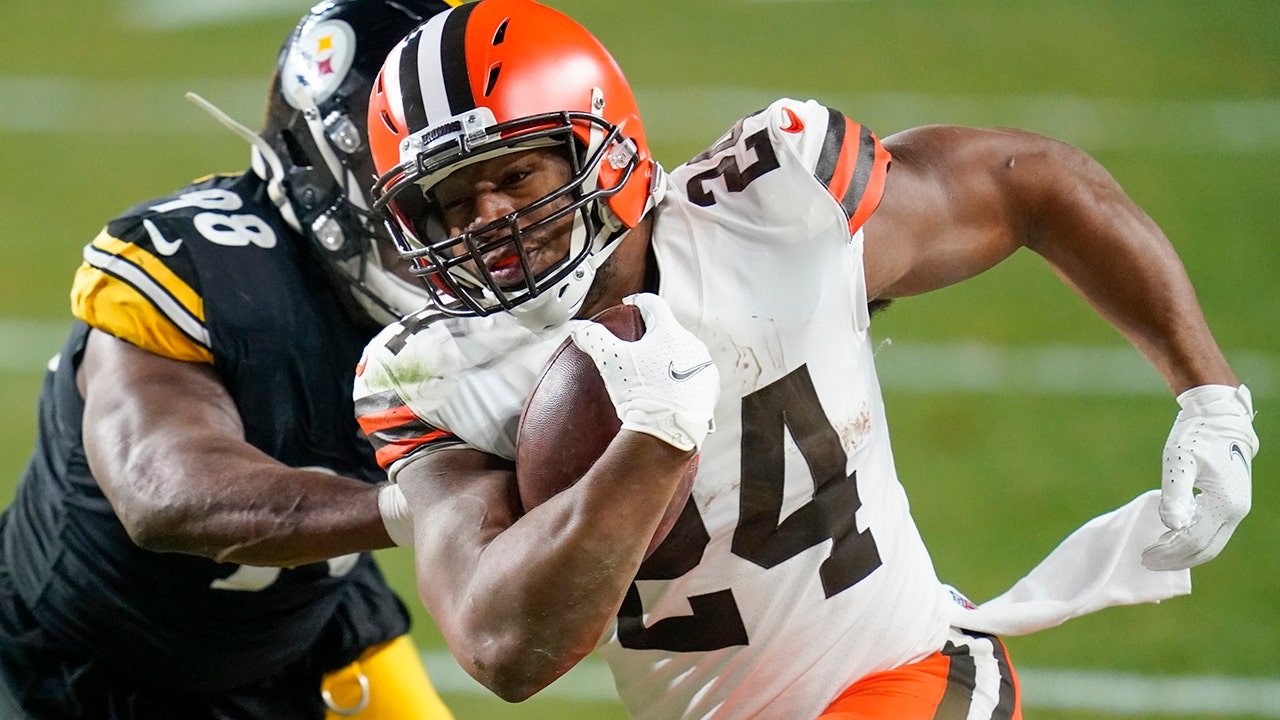 The Cleveland Browns won their first playoff game since 1995.

The Browns knocked off their AFC North rival Pittsburgh Steelers in an unbelievable game, 48-37, and will move onto their first divisional-round game since Jan. 7, 1995, when Bill Belichick was calling plays.

Cleveland started its scoring right off the bat.

The Steelers got the ball to start the game, but a bad snap went over Ben Roethlisberger’s head and into the end zone. Karl Joseph recovered the fumble in the end zone and the Browns were up early.

According to ESPN Stats & Info, the Browns were the first team since the Oakland Raiders in 1969 to score 28 points in the first quarter.

Cleveland would go on a long drive to try and milk the clock a bit and end with a 24-yard field goal from Cody Parkey.

On the next drive, Sione Takitaki intercepted Roethlisberger. It was the Steelers’ fifth turnover of the game. Parkey and the Browns would turn it into three more points

Cleveland’s 48 points were the most they scored in a playoff game since the 1954 NFL Championship game against the Detroit Lions. The Browns beat the Lions, 56-10.

Roethlisberger had an incredible performance in spite of the loss and the four interceptions. He had 501 passing yards and four touchdown passes. He was 47-for-68 overall.

Cleveland will now take on the Kansas City Chiefs on Sunday in the divisional round.