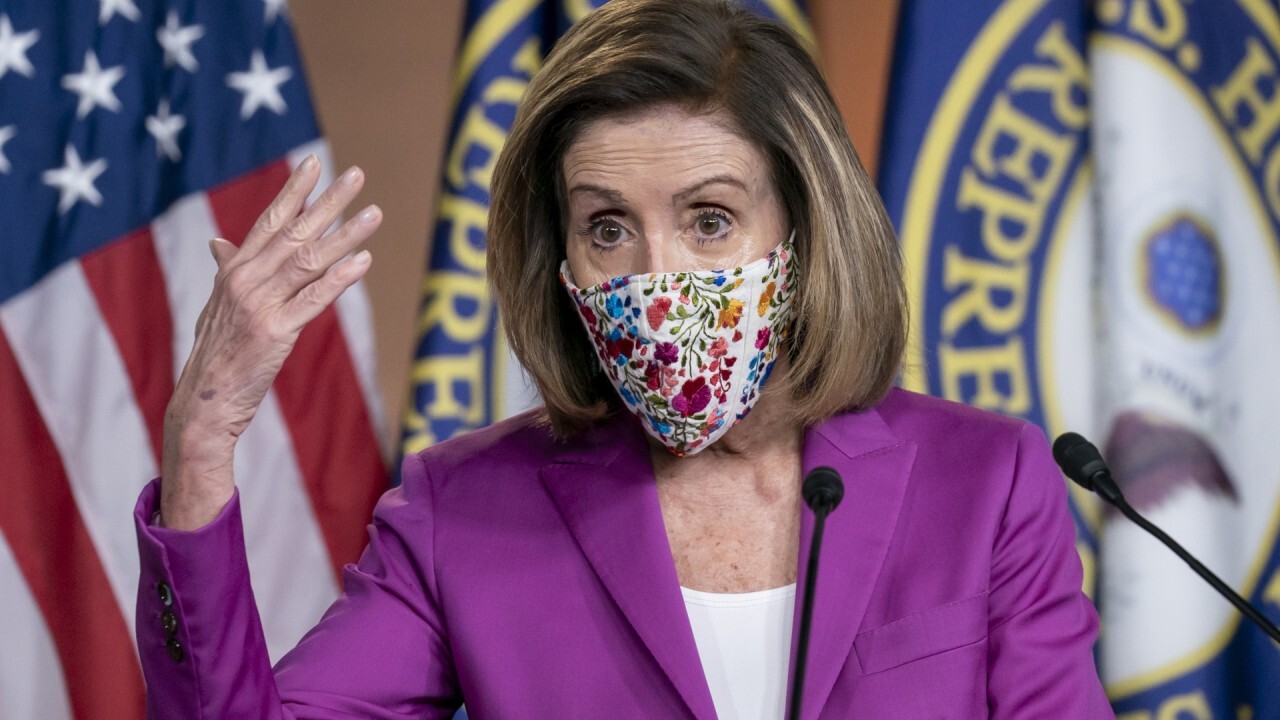 House Speaker Nancy Pelosi said in a “60 Minutes” interview that aired Sunday night that one of the motivating factors for some in the new effort to impeach President Trump and remove him from office is to eliminate any chance he has of being elected again.

Last week’s riot at the U.S. Capitol Building has quickly become one of the greatest challenges to Trump’s presidency. Democrats and some Republicans blame him for his overheated rhetoric leading up to the unrest that led to five deaths and dozens of arrests.

Leslie Stahl, the correspondent, mentioned some of the possible outcomes for Trump to Pelosi and pointed out that there is a chance that he some manages to leave office and run for president again.

Pelosi responded that the prospect of Trump running for president again is one of the motivations “that people have for advocating for impeachment.”

She said that she prefers using the 25th Amendment “because it gets rid of him.”

“But there is strong support in the Congress for impeaching the president a second time,” she said. “This president is guilty of inciting insurrection. He has to pay a price for that.”

Pelosi, referred to the president in a letter to colleagues as an “imminent threat” to both the U.S. Constitution and democracy. In the letter Sunday, Pelosi said the House will act with “great solemnity” with less than two weeks remaining before Trump is set to leave office.

“In protecting our Constitution and our Democracy, we will act with urgency, because this President represents an imminent threat to both,” she said. “The horror of the ongoing assault on our democracy perpetrated by this President is intensified and so is the immediate need for action.”

The House action could start as soon as Monday as pressure increases on Trump to step aside. A Republican senator, Pat Toomey of Pennsylvania, joined Republican Sen. Lisa Murkowski of Alaska in calling for Trump to “resign and go away as soon as possible.”

On Monday, Pelosi’s leadership team will seek a vote on a resolution calling on Vice President Mike Pence and Cabinet officials to invoke the 25th Amendment, with a full House vote expected on Tuesday.

After that, Pence and the Cabinet would have 24 hours to act before the House would move toward impeachment.

Pelosi told “60 Minutes” that nothing is off the table.

She also recalled the chaos in the Capitol when protesters breached the building. She said that she was at the podium on the House floor and Capitol Police pulled her aside. She said she told them that she wanted to be there, and they said, “Well, no, you have to leave.”

She said there was some back and forth but she eventually agreed.

“I think there was– universally accepted that what happened was a terrible, terrible violation of what– of the Capitol– of the first branch of government, the– the legislative branch by the president of the United States,” she said.

The political fallout from the riot seemed to cast serious doubt on Trump’s future as leader of the Republican Party.

Sen Lindsey Graham, the South Carolina Republican, addressed the Senate after the riot last week, saying Trump has been a “consequential” president over four years in office “but today … count me out. Enough is enough.”

But the president attracted seven million more votes than any sitting president in history last November. In early December, Trump told supporters at a White House holiday party that it was an “amazing four years.”

“We are trying to do another four years. Otherwise, I’ll see you in four years,” he said, according to two sources.