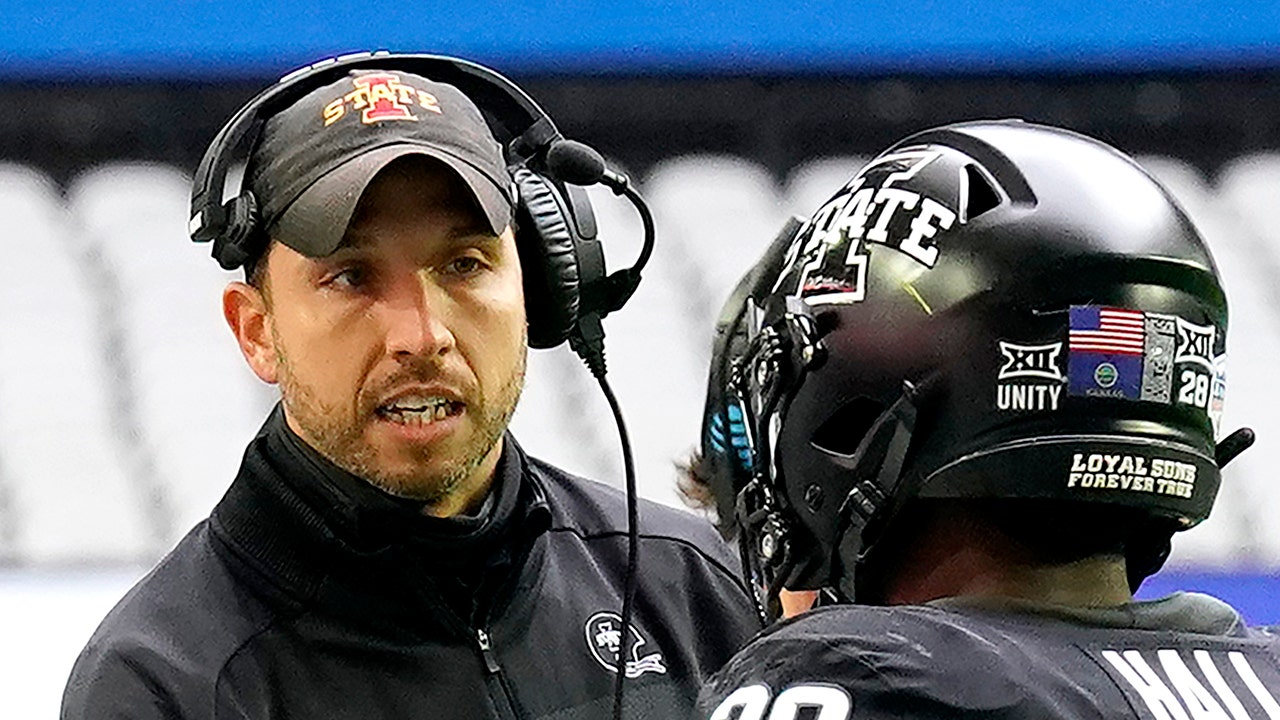 Iowa State football coach Matt Campbell reaffirmed his commitment to the school Sunday amid speculation that NFL teams want him to be their head coach.

Campbell had a successful 9-3 season with the Cyclones in his fifth season.

“So grateful for the commitment of so many to continue to want to build our program together. Our foundation has been built on Loyalty and Faithfulness and it will continue to be our guiding light. Humbled and Grateful to continue to lead to be different,” he tweeted.

The 41-year-old was the head coach at Toledo before jumping to Iowa State before the start of the 2016 season. He was 3-9 in his first season with the Cyclones, but didn’t have a losing record after that. Iowa State defeated Oregon, 34-17, in the Fiesta Bowl.

Campbell was rumored to be a potential candidate for the New York Jets’ job after the team fired Adam Gase. CBS Sports reported that Campbell would talk to the Jets about the job, but the Des Moines Register later reported that it wasn’t true.

Campbell declined to talk with the Jets before the team went with Gase, according to the Des Moines Register. He also reportedly turned down a job in the New England Patriots’ front office in 2004.

New York will be looking for its fourth head coach since 2010. The Jets haven’t made the playoffs since that season.