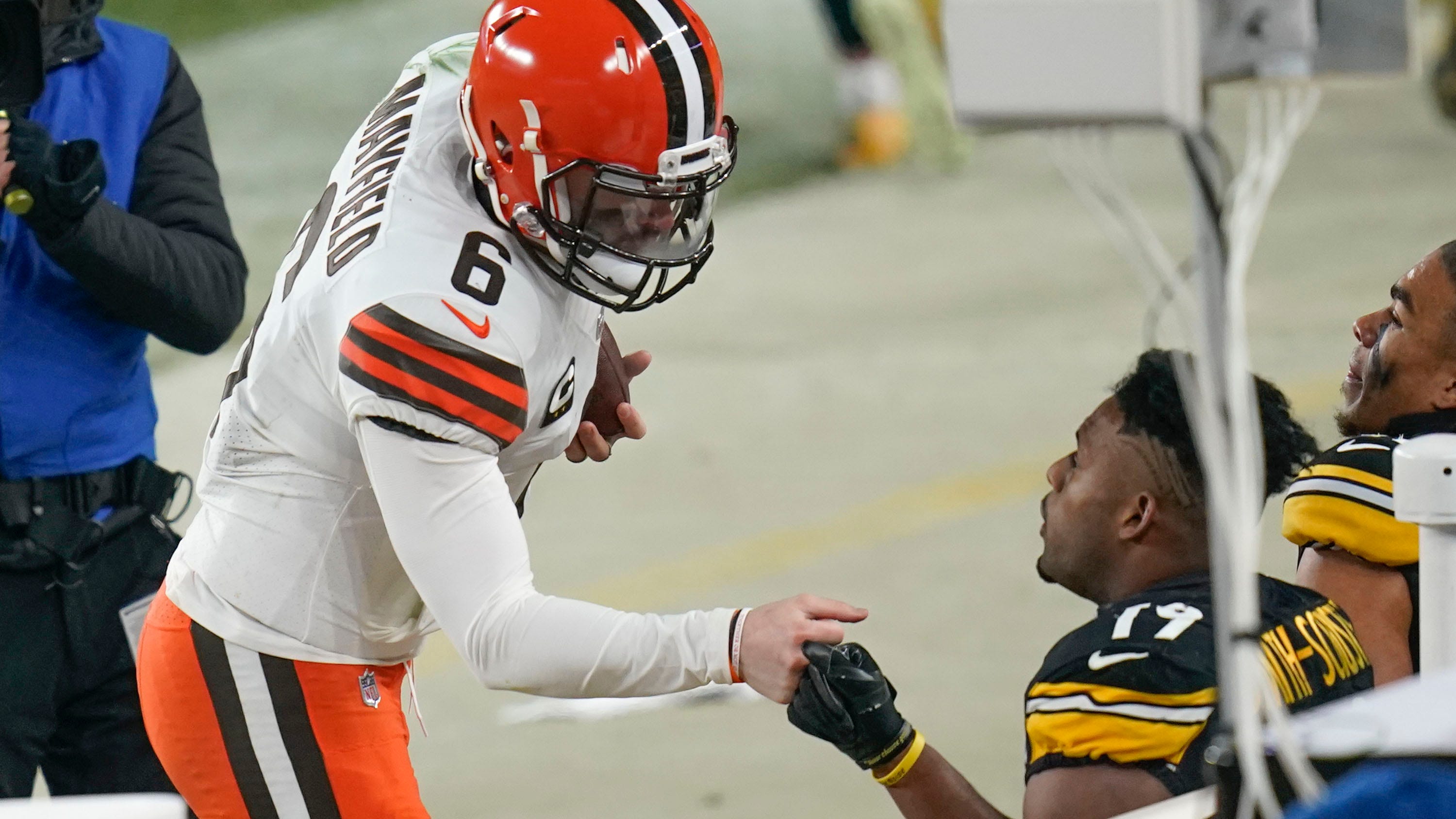 The Cleveland Browns‘ playoff celebrations Sunday night were centered on Pittsburgh Steelers’ JuJu Smith-Schuster, triggered by his infamous “the Browns is the Browns” remark earlier this week, but the fourth-year wide receiver seemed to stick by those comments even after losing 48-37.

After leading Cleveland to its first divisional-round game since 1995, Browns quarterback Baker Mayfield stormed back to the locker room shouting “the Browns is the Browns.”

Once in the locker room, Jarvis Landry mocked Smith-Schuster’s popular “Corvette, Corvette” TikTok dance while the rest of the team treated the song as their unofficial celebration anthem.

Smith-Schuster was singled out by the Browns after first making himself a target leading into the wild-card round when he told reporters that he wasn’t worried about playing Cleveland.

“I think they’re still the same Browns teams I play every year,” he said, at the time. “I think they’re nameless gray faces. They have a couple good players on their team, but at the end of the day, I don’t know. The Browns is the Browns.”

After being proven wrong on Sunday night, Smith-Schuster didn’t walk back his remarks, instead saying the Browns had a good game.

“I don’t regret saying what I said,” he said during his postgame press conference. “I said ‘the Browns is the Browns.’ They came out and played a hell of a game.”

“There’s been games where you lose some, you win some, and today wasn’t our night,” Smith-Schuster continued. “Hopefully, the same Browns show up against the next opponent, and they go out there and do the same thing they did tonight and have a hell of a game.”

While it might not be the most graceful concession speech, the Browns happily move on to the AFC Divisional Round, where they will travel to take on the defending Super Bowl champions, the Kansas City Chiefs, Sunday at 3:05 p.m. ET.