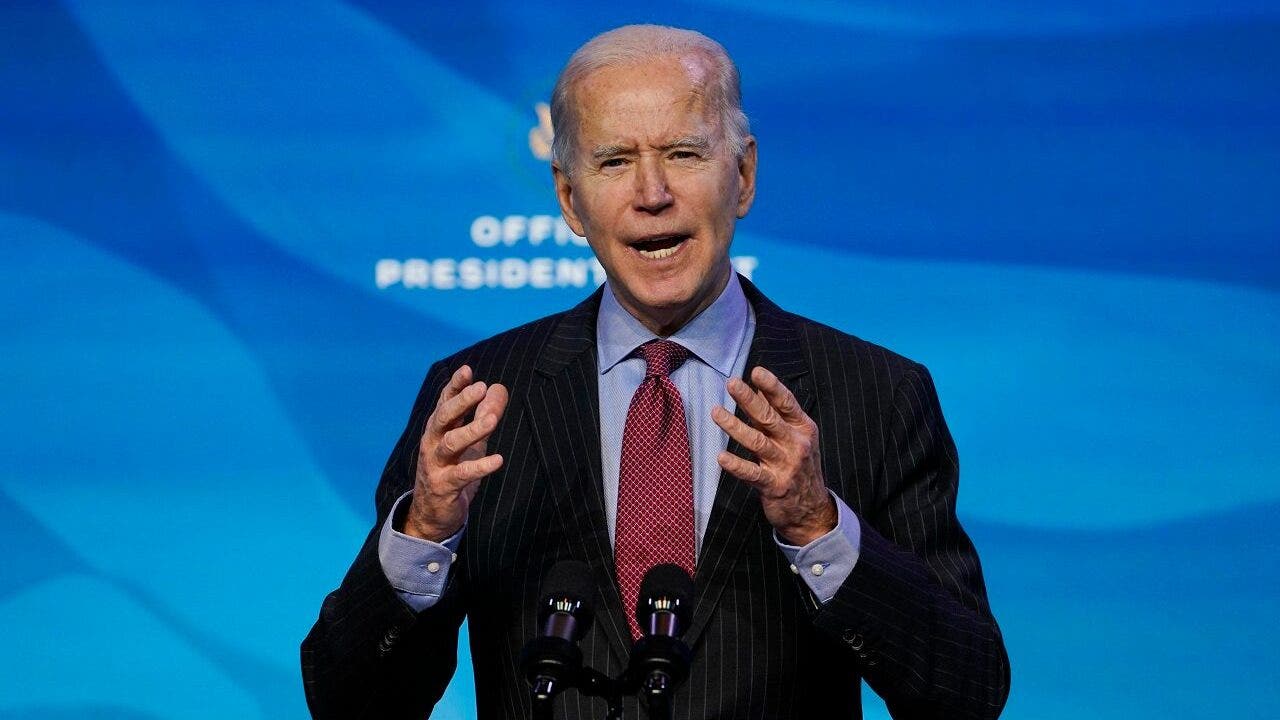 As Democrats prepare to impeach President Trump for the second time, President-elect Joe Biden is rushing to ensure the effort does not derail his legislative agenda or the confirmation of his Cabinet picks in the early days of his administration.

Trump could be impeached as soon as Wednesday, for what House Democrats see as his role in inciting the riots at the U.S. Capitol, just seven days before Biden is sworn in.

After the House votes, the impeachment articles are expected to move immediately to the Senate, where Senate Majority Leader Mitch McConnell, R-Ky., has indicated a trial likely won’t start until Jan. 19, overlapping with Biden’s inauguration on Jan. 20. (The Senate is currently on recess and cannot return to Washington without unanimous consent from all 100 senators.)

The timing could thwart Biden’s pledge to “hit the ground running” on coronavirus relief legislation, prompting him to ask the Senate this week whether the chamber could divide its schedule so that lawmakers could consider his agenda and impeachment at the same time.

“I had a discussion today with some of the folks in the House and Senate,” Biden told reporters on Monday while receiving the second dose of the COVID-19 vaccine. “And the question is whether or not, for example, if the House moves forward – which they obviously are – with the impeachment and sends it over to the Senate, whether or not we can bifurcate this.”

Absent a broader agreement among leadership, Senate rules dictate that during impeachment – which often lasts for weeks – senators must meet six days a week, taking only Sunday off, potentially hindering the incoming administration. Biden signaled that he was exploring ways to advance his plan to tackle the dual health and economic crises while still pursuing impeachment.

“Can we go half-day on dealing with the impeachment and half-day getting my people nominated and confirmed in the Senate?” he asked.

While Biden said he had not received an answer from the Senate parliamentarian on his request, Senate Minority Leader Chuck Schumer, D-N.Y., who will soon become the majority leader, suggested he was open to dividing time between impeachment and confirming Biden’s nominees, saying “we’ve got to move the agenda as well.”

“We’re going to have to do several things at once, but we’ve got to move the agenda as well,” Schumer told the Buffalo News. “Yes, we’ve got to do both.”

Like House Speaker Nancy Pelosi, D-Calif., Schumer has endorsed impeaching Trump if Vice President Mike Pence does not invoke the 25th Amendment to deem Trump unfit and remove him from office. It appears unlikely that Pence and a majority of the Cabinet will do so.

Schumer has also reportedly explored whether the Senate can be called into an emergency session for the impeachment trial, according to Bloomberg News, citing two seniors aides. But bringing senators back before Jan. 19 would require support from McConnell, and it’s unclear whether he would support such an effort. McConnell has not indicated whether he would back impeaching the president or fast-tracking a trial.

House Democrats introduced a four-page article of impeachment against Trump for “incitement of insurrection” over the attack on the Capitol, which unfolded on Wednesday after a rally to support the president, during which he repeatedly said the election was stolen and urged his followers “to fight.” After the speech, the crowd descended into a mob that stormed the Capitol during the certification of the Electoral College vote. The crowd ransacked the building and forced staff, reporters and lawmakers, including Vice President Mike Pence, to shelter in place in both the House and Senate.

Five, including a U.S. Capitol Police officer, died. Another police officer involved in the Capitol’s defense died while off duty in the days following the attack, officials said.

“President Trump gravely endangered the security of the United States and its institutions of government. He threatened the integrity of the democratic system, interfered with the peaceful transfer of power, and imperiled a coequal branch of government. He thereby betrayed his trust as president, to the manifest injury of the people of the United States,” the article says.

The measure was introduced by Reps. Jamie Raskin, D-Md., Ted Lieu, D-Calif., and David Cicilline, D-R.I., along with more than 210 Democratic co-sponsors.