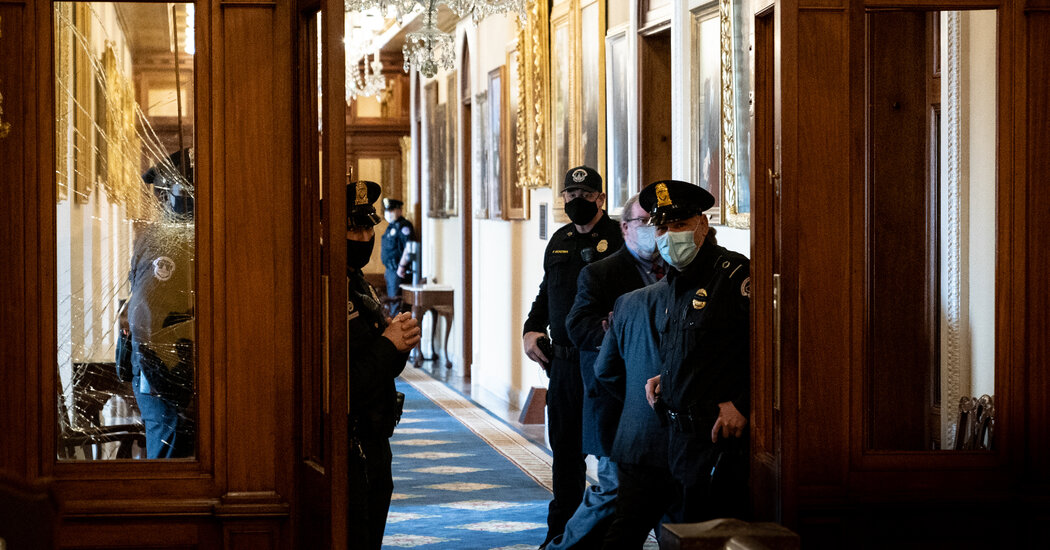 “It’s something we’re strongly considering at this point,” said Representative Peter Meijer, a freshman Republican from Michigan, told a Fox affiliate in his home state. “I think what we saw on Wednesday left the president unfit for office.”

Mr. Trump gave his party little direction or reason to rally around him. Ensconced at the White House and barred from Twitter, he offered no defense of himself or the armed assailants who overtook the Capitol, endangering the lives of congressional leaders, their staffs and his own vice president.

Chad F. Wolf, the acting secretary of homeland security, became the latest cabinet official to resign in the aftermath of the Capitol riot, stepping down just nine days before he was expected to help coordinate the security at the inauguration.

If Mr. Trump is impeached by the House, which now seems virtually certain, he would then face trial in the Senate, which requires all senators be in the chamber while the charges are being considered. Democrats had briefly considered trying to delay an impeachment trial until the spring, to buy Mr. Biden more time without the cloud of such a proceeding hanging over the start of his presidency, but by late Monday, most felt they could not justify such a swift impeachment and then justify a delay.

Still, the timing of a trial remained unclear because the Senate was not currently in session. Senator Chuck Schumer of New York, the top Democrat, was considering trying to use emergency procedures to force the chamber back before Jan. 20, a senior Democratic aide said, but doing so would take the consent of his Republican counterpart, Senator Mitch McConnell of Kentucky.

House leaders said the timing and outcome of any Senate trial was secondary to their sense of urgency to charge Mr. Trump with crimes against the country.

“Whether impeachment can pass the United States Senate is not the issue,” Representative Steny H. Hoyer of Maryland, the majority leader, told reporters. “The issue is, we have a president who most of us believe participated in encouraging an insurrection and attack on this building, and on democracy and trying to subvert the counting of the presidential ballot.”