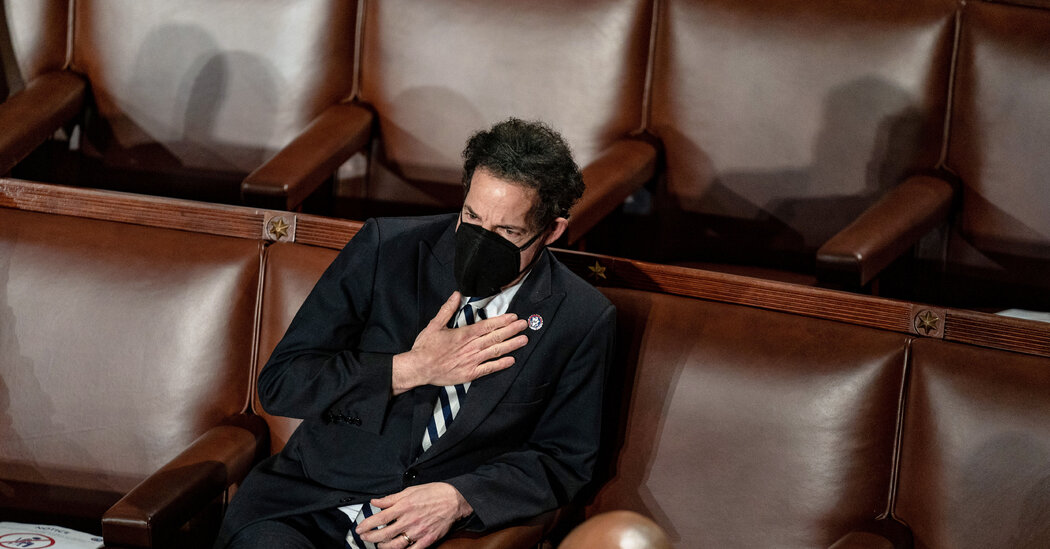 Days after Tommy’s death, his parents released an extraordinary, wrenching statement and photos of their son. He began life as a “strikingly beautiful curly-haired madcap boy beaming with laughter and charm,” they wrote, who grew into “an antiwar activist, a badass autodidact moral philosopher and progressive humanist libertarian.”

He “hated cliques and social snobbery,” and “never had a negative word for anyone but tyrants and despots,” they wrote, in an apparent allusion to Mr. Trump — a point that was not lost on those watching the congressman fight the president with so much zeal. Tommy persuaded his parents to become vegans to spare the lives of animals, majored in history at Amherst College and went off to Harvard Law School, his father’s alma mater, in 2019.

But he “began to be tortured later in his 20s,” they wrote, “by a blindingly painful and merciless ‘disease called depression,’” that became unbearable for him, despite “very fine doctors and a loving family.” In his brief note to his parents, the younger Mr. Raskin wrote, “My illness won today.”

In the days since, the congressman said, he has found it difficult not to wonder what he might have done differently.

“I feel Tombo is very much with me and my heart, and I’m living very much in his life and in his spirit,” he said, using his nickname for his son. “But it’s tough. I mean, you get drawn into a thousand questions about, ‘Well, maybe we should have done this, maybe we should have said that.’ And it’s just a painful process, ultimately futile.”

On Wednesday, the day after Tommy’s funeral, Congress was to vote to certify the Electoral College results. Mr. Raskin’s daughter Tabitha begged him not to go. Instead, he invited her and Hank Kronick, husband of his other daughter, Hannah, to come along for what he expected would be “a crazy day outside the building” but a historic one inside.

His colleagues were not entirely surprised to see him, said Representative David Cicilline, Democrat of Rhode Island and a close friend of Mr. Raskin’s who worked with him on the impeachment article. Democrats, he said, rely on Mr. Raskin as their in-house constitutional scholar.