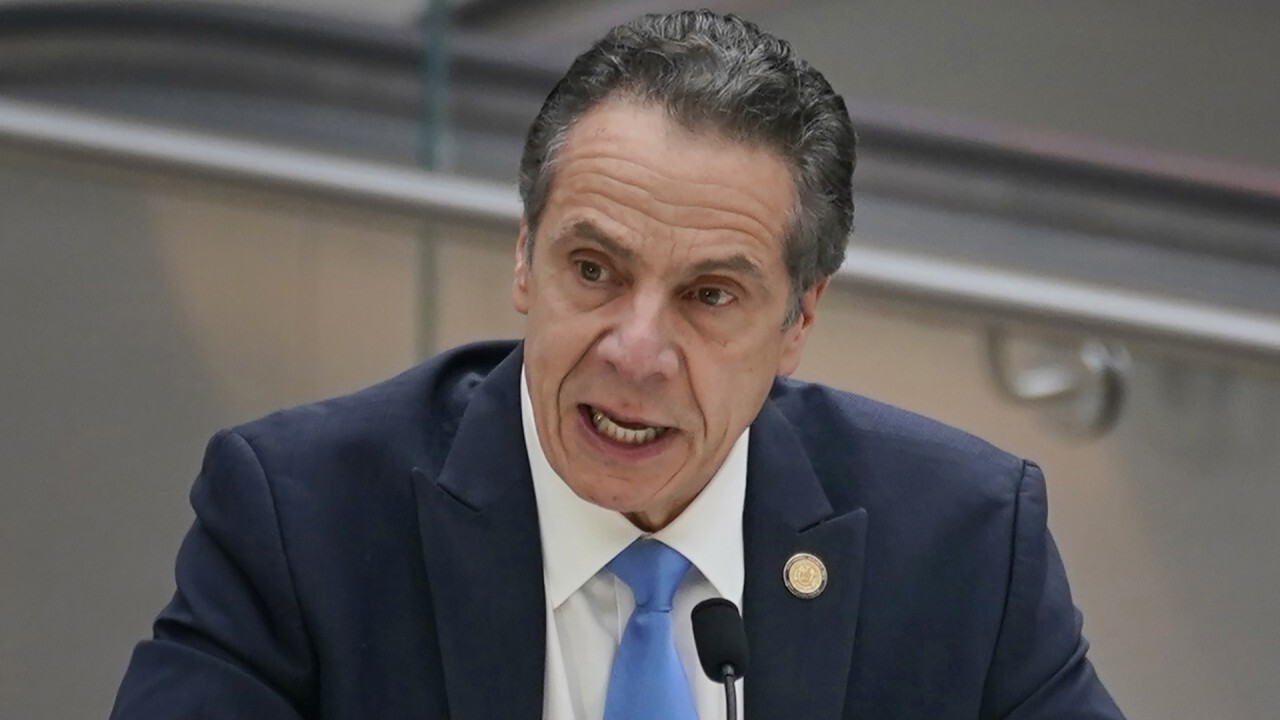 According to New York Governor Andrew Cuomo, his leadership during the COVID-19 pandemic has been worthy of many rewards: A New York Times bestseller on leadership, a COVID mountain poster he commissioned to be made and sold, an Emmy, a Ted Kennedy award and a birthday party that you could attend virtually for $1,000 with a check made out to the Andrew Cuomo reelection campaign.

If you ask those who lost loved ones in nursing homes, as my family did in 2020, his leadership has been a failure starting with his March 25 order to put COVID positive patients into nursing homes for 46 days, and the subsequent cover-up of the total number of seniors we’ve lost since then.

If Cuomo had not spent valuable time promoting and celebrating himself for months, missing meetings with the White House in the fall and instead had prepared for the massive vaccine roll-out here in New York, maybe we wouldn’t have the mess and mass confusion that is currently happening across the state.

One of the biggest problems we’re facing right now is the complicated hierarchy that’s been created designating who gets the vaccine first, and the very strict fines that are being implemented for hospitals who gave shots to anyone not on a prioritized list.

Even the New York Times has been getting tough with its headlines on what was happening:

Once the vaccine distribution plan began, people started to notice who took priority first, and who wasn’t being included. New York City Mayor Bill de Blasio noticed that some first responders and those over the age of 70 were not at the front of the line:

“We are not allowed by state law to give a single shot to a single New Yorker over 75.” He announced in a tweet.

The mayor went on talk shows and social media to ask why his own father wasn’t allowed to get vaccinated yet and listened to many senior citizens raising their voices as to why they couldn’t be prioritized for the vaccine since they were clearly the ones who needed it most.

The shaming worked, and suddenly, Cuomo announced that the elderly and city workers were now included. He said in a press conference on Friday:

“On Monday, you can start to schedule appointments. Pharmacies will start coming online, some on Monday, more on Wednesday…”

But the governor never officially said when they could begin or how the registration would happen.

Over the weekend we started to see reports about what a massive undertaking this distribution is and who might have a problem signing up.

In a series of tweets New York City Comptroller Scott M. Stringer wrote that the process of making appointments for the vaccination is complicated and buggy. Especially for people over 75:

“The @nychealthy site has a multi-step verification process just to set up an account, and then a six-step process to set up an appointment. Along the way, there are as many as 51 questions of fields in addition to uploading images of your insurance card.

All of this will be particularly challenging for populations that struggle with digital literacy and digital access – who have been hit hardest by the pandemic and who need to vaccine the most.”

New York Assemblyman Ron Kim, who is the chairman of the Aging Committee tweeted in response to Stringer’s tweet:

“First, it should be a two-step verification process to vaccinate older adults. But fixing hospital vaccination screening process is not the issue. Why did the governor punt this to underfunded hospitals in the first place? Why didn’t the governor trust local protocols?”

Kim told me in a text that he had informally surveyed some doctors and asked them why they thought the governor decided to trust hospitals to vaccinate the population. He says they overwhelmingly told him it’s to make private hospitals look good.

Bill Hammond is the Senior Fellow for Health Policy at Empire Center and has been one of the biggest advocates on transparency with the Cuomo administration.

I asked him in a text why this is so hard to do.

“Getting 8.3 million New York City residents organized to do anything is going to be hard. I’m struck by the lack of preparation. They could have foreseen the need for a registration system months ago. As it is, they seem to be managing things on the fly.”

Hammond says he can see why they would want people to register for an appointment, to avoid crowding at vaccination sites. But if you’re going to do that, it needs to be as simple as possible.

“Ideally, there would be one system for the city, and maybe the whole state. Instead, it looks like we will have three.”

I then asked him why the governor decided to put this all on the shoulders of the hospital system.

“He evidently decided [that] they and their members (who are after all very smart and capable organizations) were better prepared to handle this job than city and county officials. The city’s website rollout is probably the kind of thing he was worried about. But hospitals can’t do everything. They have no particular experience of running mass vaccinations.”

There are many reports showing every county in New York State has been planning and rehearsing this process of mass vaccinations for years.

Hammond thinks the preparations never included setting up websites, and that it’s better handled statewide. But, the governor should’ve known how hard this would be from the beginning.

“He should have been working on exactly these issues since the summer or early fall. Not involving the counties — who had already done some the prep work — seems like a major mistake,” he told me.

Add this to the list of the many mistakes the governor has made over the last 10 months, but won’t answer for. He seemed to escape widespread criticism of his lethal executive order in March and the thousands of seniors who subsequently died. But maybe now people are taking notice:

“If Cuomo’s March directive forbidding nursing homes from preventing readmission of then infected COVID-19 positive patients didn’t convince you he hates old people, maybe the 51 step process they take to get vaccines with millions of dollars in fines will convince you.”

Voices for Seniors, a group of grieving families that advocate for accountability, change and reform for our seniors, responded on Twitter:

“Governor Cuomo and Dr. Zucker have made it clear: They feel our seniors are disposable. There’s no other explanation for their continued and criminal mismanagement of everything COVID; from nursing home policies to vaccine distribution.”

And now, with so many lives to try to save, maybe the governor should spend some time truly leading.

Because if the governor didn’t learn this lesson in the spring, our most vulnerable need to be at the front of the line so that we can protect them and hopefully save their lives.

After all the loved ones we lost, it’s the least he can do for the ones who are still with us.