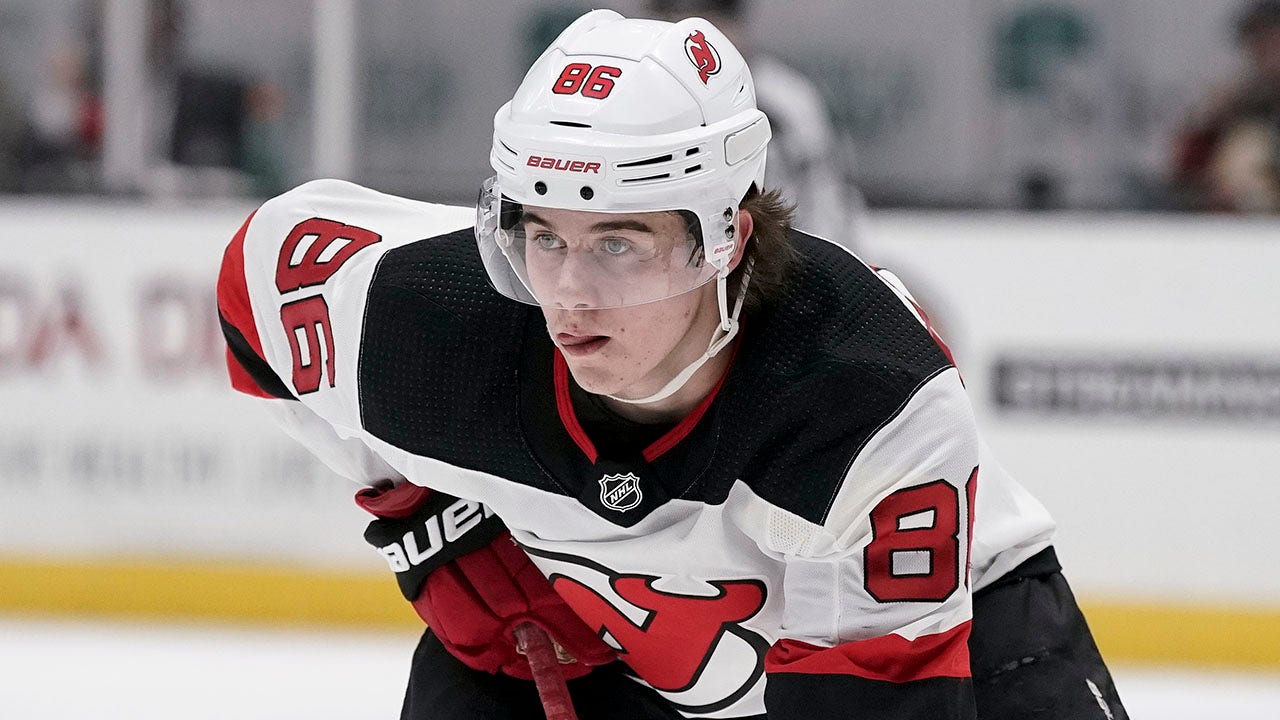 Jack Hughes of the New Jersey Devils hadn’t had a layoff like this since … ever?

More than 100 NHL players from New Jersey, Buffalo, Anaheim, Los Angeles, San Jose, Ottawa, and Detroit have not played a meaningful hockey game since the league paused play in early March because of the pandemic. Ten long months.

“I don’t think I’ve had, I guess, 10 months of no games my whole life,” said the 19-year-old Hughes, the No. 1 overall pick in the 2019 draft. “So, obviously, something new. But I mean, games are like riding a bike, you could say. If you’re a hockey player, it’s something that comes naturally.”

It has been an eternity for Hughes and the rest in a sport predicated on rhythm, repetition and teamwork, a boring stretch unimaginable to athletes whose lives have followed a schedule that has rarely changed for years.

As kids, they played pee-wee hockey at all hours of the day. When the rink wasn’t available, the pond was. The long rides to tournaments, the steady drumbeat of practices and workouts. Most of all, there were games.

The games finally return for everyone with a compressed 56-game season that begins this week. It will be a fresh start for the 24 teams that made the postseason when play resumed Aug. 11. It will be something more than that to the other seven whose players had weeks on end without hockey.

Hughes spent time in Michigan to work out with his brothers, Quinn of the Vancouver Canucks and Luke, one of the top prospects in juniors. He spent five days a week in the gym and focused on eating healthy to add 14 pounds to his 165-pound frame.

Jack Eichel of the Sabres spent a lot time reflecting on how fast his first five years in the NHL went. Kyle Palmieri of the Devils returned to his family’s farming roots and grew a garden (he said the carrots needed more patience).

Other players took up hobbies or pumped iron, skated when they could and simply let their bodies heal at a leisurely rate. Devils center Travis Zajac, 35, said he felt great a week into camp.

What’s uncertain is how the teams coming back from the hiatus will perform. Will they be fresher? A step slow?

“I think that’s the million-dollar question that everybody’s searching for,” said Sharks defenseman Erik Karlsson, who joined the league in 2009. “But at the end of the day, we don’t have much of a choice. It’s what we’re going to have to do. I think that we’re going to navigate through it the best way that we think we know how.”

Sabres defenseman Jake McCabe said the last 10 months were like an extended “Groundhog Day,” filled over and over with uncertainty and concerns. There were good times, too. He and his wife, Gaby, had a baby girl in April so they had a chance to watch her grow together.

“She’s already eight months old, which reminds me just how long we’ve been in this pandemic,” McCabe said. “Now she finally gets to see what her dad does for work so that’ll be fun to get back on the ice. It really is crazy how long it’s been.”

During the pause, the Kings sent five players to Germany and had a couple of prospects playing in Sweden. With training camp now open, Kings coach Todd McLellan said players are making progress getting their hands, timing and awareness back.

There were no preseason games, he noted, so picking a team will be challenging.

“Hopefully we have done our homework better than the other groups,” McLellan said.

The Red Wings are eager to start. They had the worst record by far last season and general manager Steve Yzerman didn’t shell out a lot of money in free agency to bring in top talent. Detroit coach Jeff Blashill has held high-intensity practices. He also is hoping the three extra days of practice for non-playoff teams will help.

Forward Drake Batherson, who has skated in 43 games with the Senators over the past two seasons, worked out for two months in Nova Scotia with a group of players that included Sidney Crosby of the Penguins. The 22-year-old arrived for camp in mid-December and his approach has been simple.

“I think you have to come to the rink every day, treating it like a game and showing every practice matters and you want to make the team,” Batherson said.

Ducks general manager Bob Murray said he is worried about the every-day challenges with the pandemic spiking across North America. NHL teams will have taxi squads to call up extra players in case of positive tests or contact tracing.

“It’s a real interesting puzzle,” Murray said. “You’ve really got to think, and you have to plan, and you have to be ready for hurdles and curveballs every single day. Things are going to be different.”

Kings coach Dallas Eakins felt humbled to be back at work, and at the same time lucky.

“There are so many people out there who have suffered and who are still suffering,’ Eakins said. “We’ve been allowed to come back and follow our passion. Our guys are very sensitive to it and we feel a great privilege to be able to come back.”