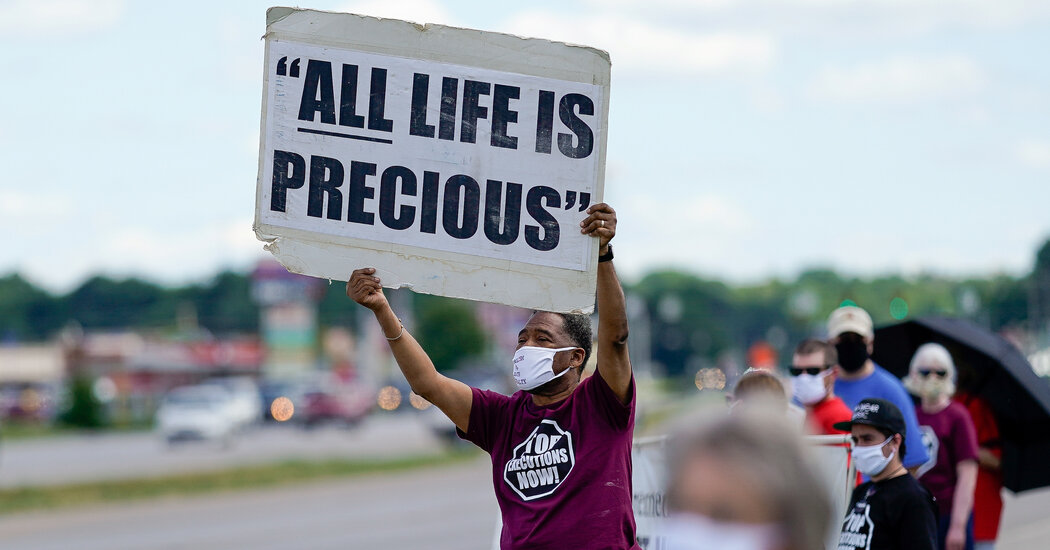 People tend to think they know what intellectual disability looks like, and feel erroneously certain that they would recognize it if they saw it. A 2004 opinion by the Texas Court of Criminal Appeals, for instance, supplied the simple-hearted, hapless character Lennie Small from John Steinbeck’s “Of Mice and Men” as an example of a person whom the majority of Texan citizens would agree ought to be exempted from the death penalty, as opposed to less obvious cases, which, the court implied, could be fictitious.

Yet intellectual disability doesn’t necessarily look like Lennie Small, or Forrest Gump, or Charlie Gordon of “Flowers for Algernon.” Lawyers, jurors, and judges can overlook it.

By the time Dr. Cornell met Mr. Johnson, the young man had taken no fewer than five I.Q. tests. Born to a single teenage mother who struggled with drug abuse and poverty, Mr. Johnson lived in at least 12 residences between birth and the age of 13 and suffered varying kinds of neglect and abuse at the hands of his mother and her boyfriends. At times he would flee to his godmother, Antoinette Joseph, for refuge.

At one point, Ms. Joseph told me, Mr. Johnson’s mother “hit him in the head with her high heel, and she called me and told me, ‘Come and get this boy before I kill him. He’s just not acting right. He don’t do what I ask him to.’” Ms. Joseph rescued the boy and took him in. While in Ms. Joseph’s care, her daughter Courtney Daniels, would help him with his schoolwork.

“He just couldn’t grasp it,” Ms. Daniels told me. “My godbrother wasn’t like the rest of us.”

“Understanding some things,” she said, “he could not get it. Reading, writing — basically when it came to school, he sucked.”

Educators tried to understand why Mr. Johnson couldn’t keep up with his peers. At the age of 8, tests found he possessed the cognitive skills of a child 4 to 5 years old; he remained in the second grade for three years as a result. He was placed in special education at the age of 10, and by 13, he was placed in the care of the Pleasantville Cottage School, a residential center for children with difficult backgrounds.

Pleasantville sorted Mr. Johnson into its Mount Pleasant School, which focused on children with special needs. There, Richard Benedict, a career special educator, took a shine to him.