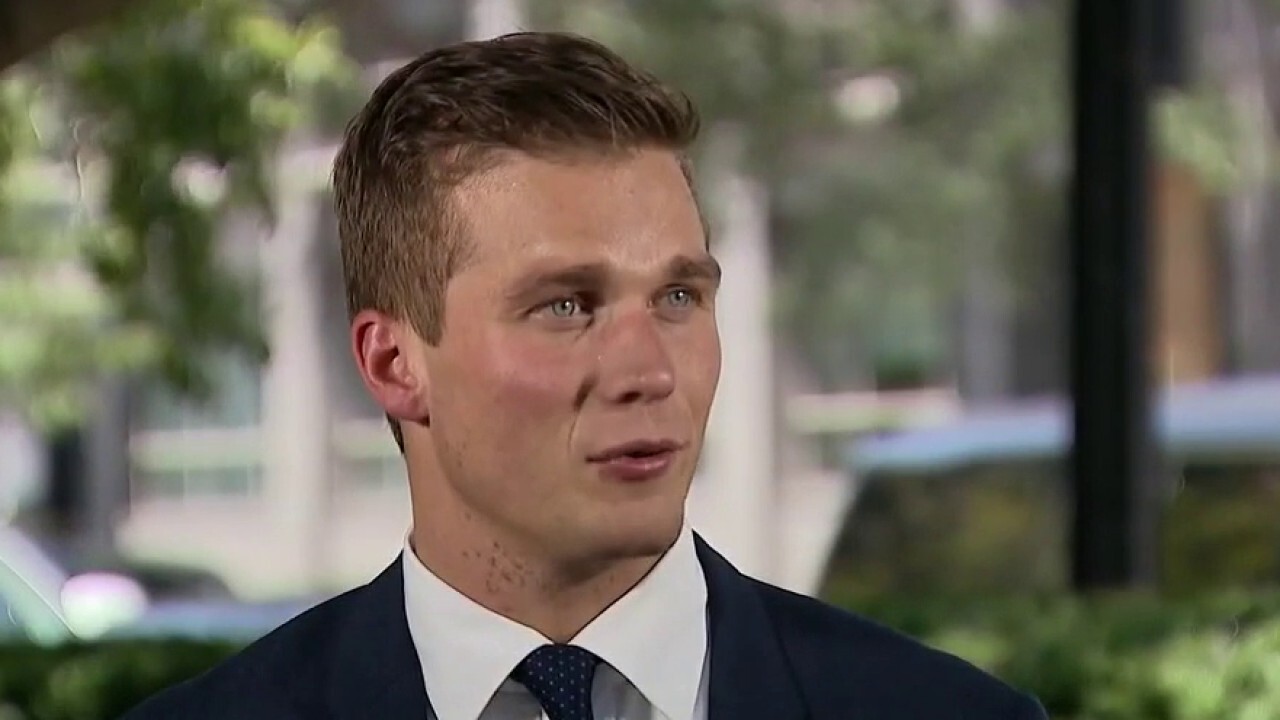 Cawthorn, 25, quickly gained national prominence after he was elected in November and advocated for a “new” Republican Party. Cawthorn, a strong supporter of President Trump throughout the election, was one of 139 House members who voted to sustain objections to the electoral college results in some states during Congress’ joint session Wednesday.

“We’ve slid back our movement years and years. We’ve lost years of progress. It’s a sad state of affairs,” Cawthorn said in an interview Monday with WTVD, the ABC owned TV station in Durham, N.C., “The Republican Party is leaderless right now. It’s very fluid trying to figure out what it is. My heart hurts for where the country is at just to see people with American flags and Trump flags, people who normally I associate with, storming our Capitol. It’s sickening and infuriating.”

Republicans across the House and Senate broke with President Trump Wednesday and blasted his delayed condemnation of his supporters breaching the Capitol and continued attacks on election integrity.

Cawthorn said that the GOP had a “lesson to learn” in the riot’s aftermath.

“I think we all have a lesson to learn,” Cawthorn said. “As the Bible says, ‘A rudder can move a ship, your tongue can affect great change.’ I was telling that crowd, ‘I’m going to fight for you. Your voice is being heard. I’m going to affect change on your behalf.'”

The young congressman had spoken at the “Save America” rally hours before it broke into anarchy.

“My friends, the Democrats, with all the fraud they have done in this election, the Republicans hiding and not fighting, they are trying to silence your voice,” Cawthorn told the crowd.

But after protest turned to riot, Cawthorn, hiding at an undisclosed location with other lawmakers, called for peace. “As Americans we can not tolerate violence. Peacefully protest ONLY. We must let Congress work and uphold law and order. We are the party that backs the blue. I ask you to back the blue now and let the objections continue in accordance with the constitution,” he wrote on Twitter at the time. In the Monday interview he called the rioters “weak-minded and pathetic.”

CRUZ DEFENDS ROLE IN ELECTORAL VOTE OBJECTIONS: HAD ‘NOTHING TO DO’ WITH CAPITOL RIOTS

Asked about impeachment proceedings in the House, Cawthorn said he doesn’t believe the president’s words meet the legal standard for inciting an insurrection as Democrats have charged, but noted the president’s hand in the riots.

“I think when the president said we’re going to march down to the Capitol and I’m going to march with you that was a major mistake. He never should’ve directed that crowd toward the Capitol,” Cawthorn said. “The bad outcome was destined at that point.”