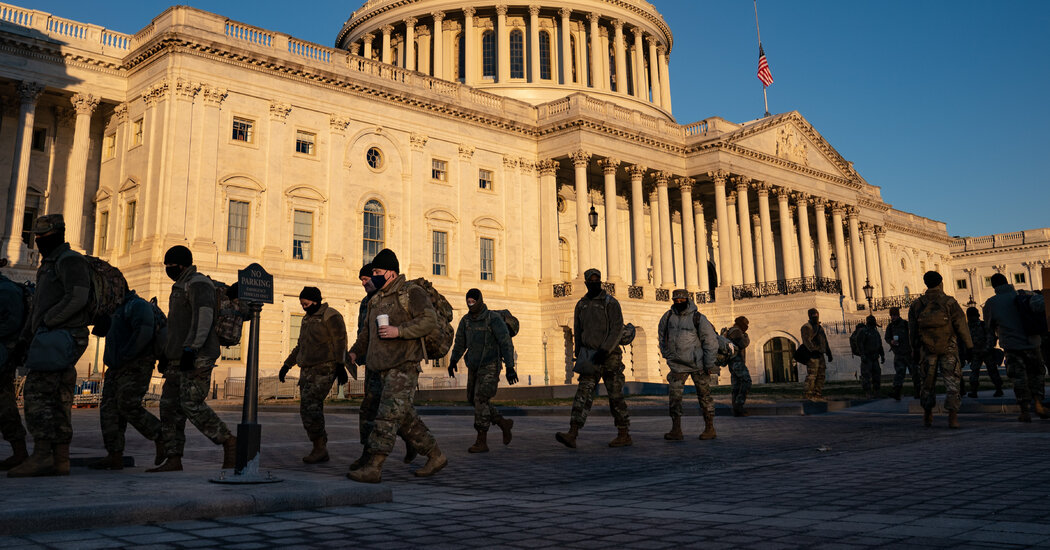 Senator Tammy Duckworth, an Illinois Democrat on the Armed Services Committee, asked the acting secretary of defense, Christopher C. Miller, this week for the military’s various law enforcement agencies to cooperate with the F.B.I. in investigating whether current or former service members were involved in the deadly mob.

The events last week did not appear to accelerate the momentum on Tuesday for Mr. Biden’s push to quickly confirm his pick for secretary of defense, Lloyd J. Austin III, as his team had hoped would be the case. General Austin, a retired four-star Army general, will need a waiver from Congress to serve in the role, as is required for any Pentagon chief who has been retired from active-duty military service for fewer than seven years. (The general, who would be the nation’s first Black defense secretary, retired in 2016.)

At a hearing on the subject at a Senate Armed Services Committee on Tuesday, the majority of lawmakers from both parties cast doubt on the process, arguing that the exception that was made four years ago for President Trump’s first defense secretary, Jim Mattis, a retired four-star Marine officer, was one time too many.

“This is a very deep and difficult issue,” said Senator Angus King, independent of Maine. “General Austin is well qualified,” Mr. King said, “but on the other hand, the whole idea of civilian control of the military is a fundamental part of who were are.”

The memo from the Joint Chiefs, however, left no doubt as to the military leadership’s support for civilian control. It urged troops to reject extremism, and condemned the efforts by Mr. Trump’s backers to upend the Electoral College count in last week’s mayhem.

“The violent riot in Washington, D.C.,” the memo said, “was a direct assault on the U.S. Congress, the Capitol building and our constitutional process. We mourn the deaths of the two Capitol policemen and others connected to these unprecedented events.”