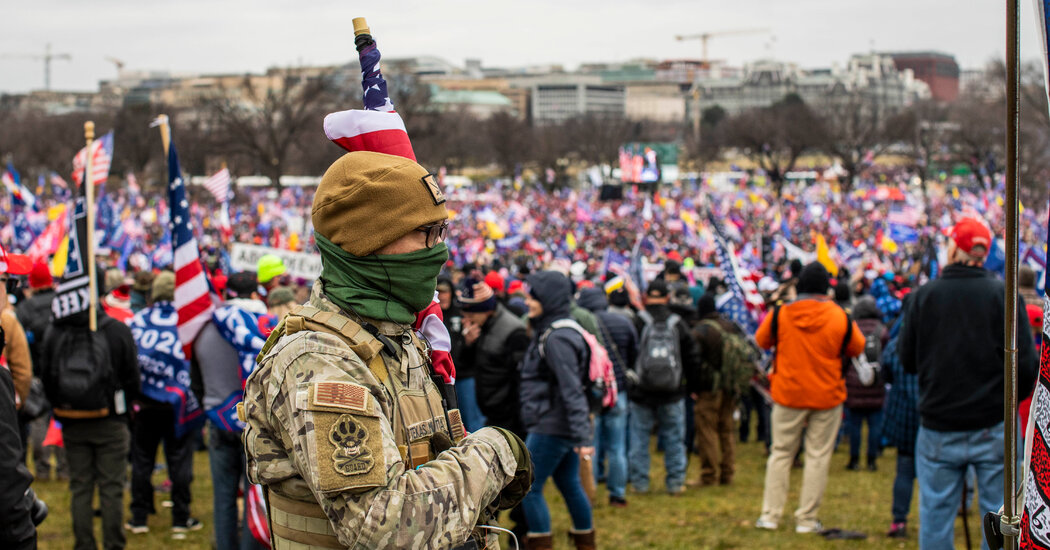 The deadly breach at the Capitol last week will be a “significant driver of violence” for armed militia groups and racist extremists who are targeting the presidential inauguration next week, according to a joint intelligence bulletin issued by federal authorities.

The “boogaloo,” a movement that seeks to start a second civil war, and extremists aiming to trigger a race war “may exploit the aftermath of the Capitol breach by conducting attacks to destabilize and force a climactic conflict in the United States,” according to the bulletin issued by the National Counterterrorism Center and the Justice and Homeland Security Departments, which was disseminated widely to law enforcement agencies across the country.

The federal officials wrote that extremist groups have viewed the breach of the Capitol as a success and have been galvanized by the death of Ashli Babbitt, a QAnon follower who was shot by the police as she tried to enter the heavily protected Speaker’s Lobby, just outside the House chamber. The extremists could perceive that death as “an act of martyrdom,” according to the bulletin.

The Capitol breach, as well as conspiracy theories from QAnon, will likely inspire such extremists “to engage in more sporadic, lone-actor or small-cell violence against common” violent extremist “targets, including racial, ethnic, or religious minorities and institutions, law enforcement, and government officials and buildings,” according to the bulletin.

The federal officials also wrote that “the shared false narrative of a ‘stolen’ election,” the false claim perpetuated by President Trump, “may lead some individuals to adopt the belief that there is no political solution to address their grievances and violent action is necessary.”

The Jan. 6 rally in Washington, D.C., and subsequent breach of the Capitol also offered an opportunity for militia members and extremists from different groups to meet, which could increase the extremists’ “willingness, capability, and motivation to attack and undermine a government they view as illegitimate.”