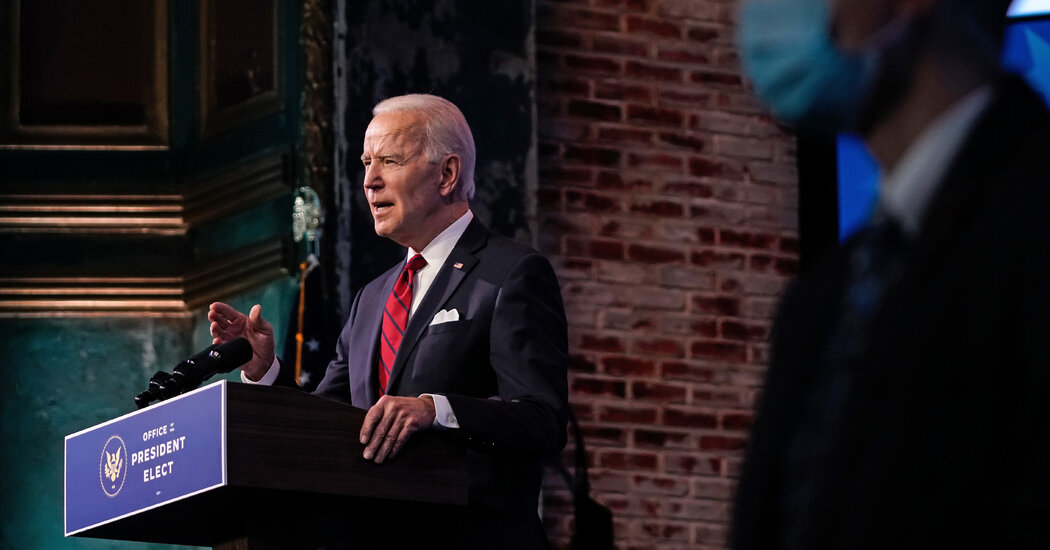 “He is much calmer,” said Representative James E. Clyburn, Democrat of South Carolina and a close ally. “The anxiety of running and the pressure of a campaign, all that’s behind him now. Even after the campaign was over, the election was over, all the foolishness coming from the Trump camp, you don’t know how all this stuff is going to play out. You may know how it’s going to end, but you’re anxious about how it plays out. So all that’s behind him now.”

Throughout his career, Mr. Biden has been a divining rod for the middle of his party, more moderate in the 1990s when that was in vogue and more liberal during the Obama era when the center of gravity shifted.

He is driven less by ideology than by the mechanics of how to put together a bill that will satisfy various power centers. A “fingertip politician,” as he likes to put it, Mr. Biden is described by aides and friends as more intuitive about other politicians and their needs than was Mr. Obama, but less of a novel thinker.

While he is famous for his foot-in-mouth gaffes, he can be slow to make decisions, with one meeting rolling into the next as he seeks out more opinions. Each morning, he receives a fat briefing book with dozens of tabs in a black binder and reads through it, but he prefers to interact with others. During the transition, he has conducted many of his briefings using Zoom at his desk in the library of his home in Wilmington, Del., or at the Queen, the nearby theater where a large screen has been set up.

He relishes freewheeling discussion, interrupting aides and chiding them for what he deems overly academic or elitist language. “Pick up your phone, call your mother, read her what you just told me,” he likes to say, according to aides. “If she understands, we can keep talking.” Aides made a point of editing out all abbreviations other than U.N. and NATO.

As one former aide put it, Mr. Biden was the guy in college who was always leading study groups in the dorm, using notecards with his friends, constantly interacting, while Mr. Obama was the monastic, scholarly student with oil lamps sitting in a room alone poring through books.