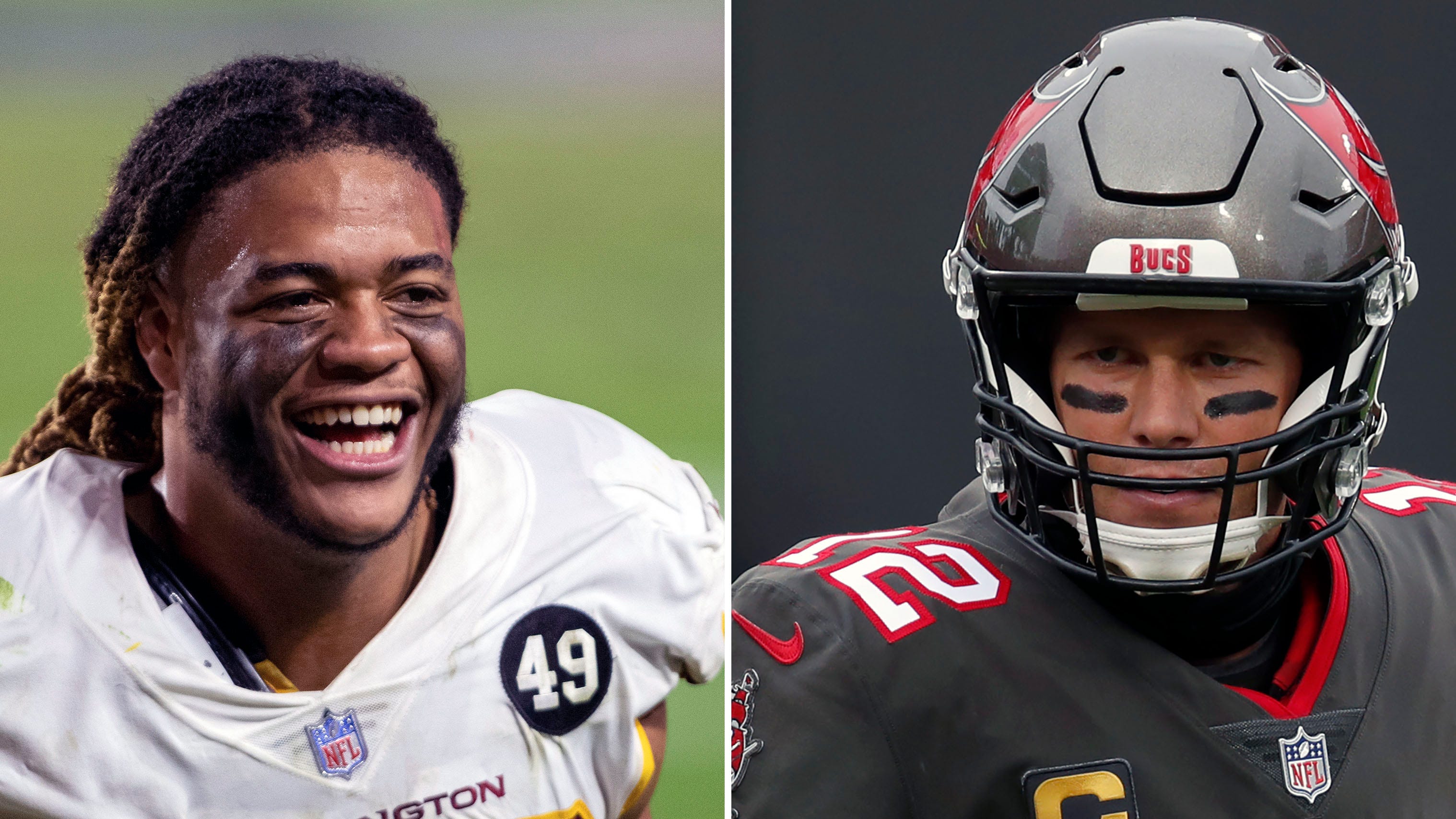 As Tom Brady prepares to take on Drew Brees and the New Orleans Saints in Sunday’s divisional-round game, he made good on a promise to Washington Football Team rookie Chase Young.

After falling 31-23 to the Tampa Bay Buccaneers in a wild-card game, Young approached Brady on the field and asked for a jersey swap.

“I need this off of you,” Young said pointing to the iconic No.12 jersey. “I’ll get it to you,” Brady replied.

Young took to Instagram on Saturday to show that Brady did in fact send him a signed jersey but the future Hall of Famer also left a message trolling Young for calling him out ahead of their playoff game.

“Best of Luck!” he wrote before adding, “Go Blue,” referencing his alma mater, the University of Michigan.

Brady previously said that Young, who played at Ohio State, got caught up in the rivalry when he called out for Brady after winning his first divisional title.

“He is obviously a great young player … He went to Ohio State, so I think that Ohio State-Michigan thing wears off on him a little bit.”

Brady goes on to face Brees in the NFC Divisional Round Game on Sunday in what many say could be their final faceoff.