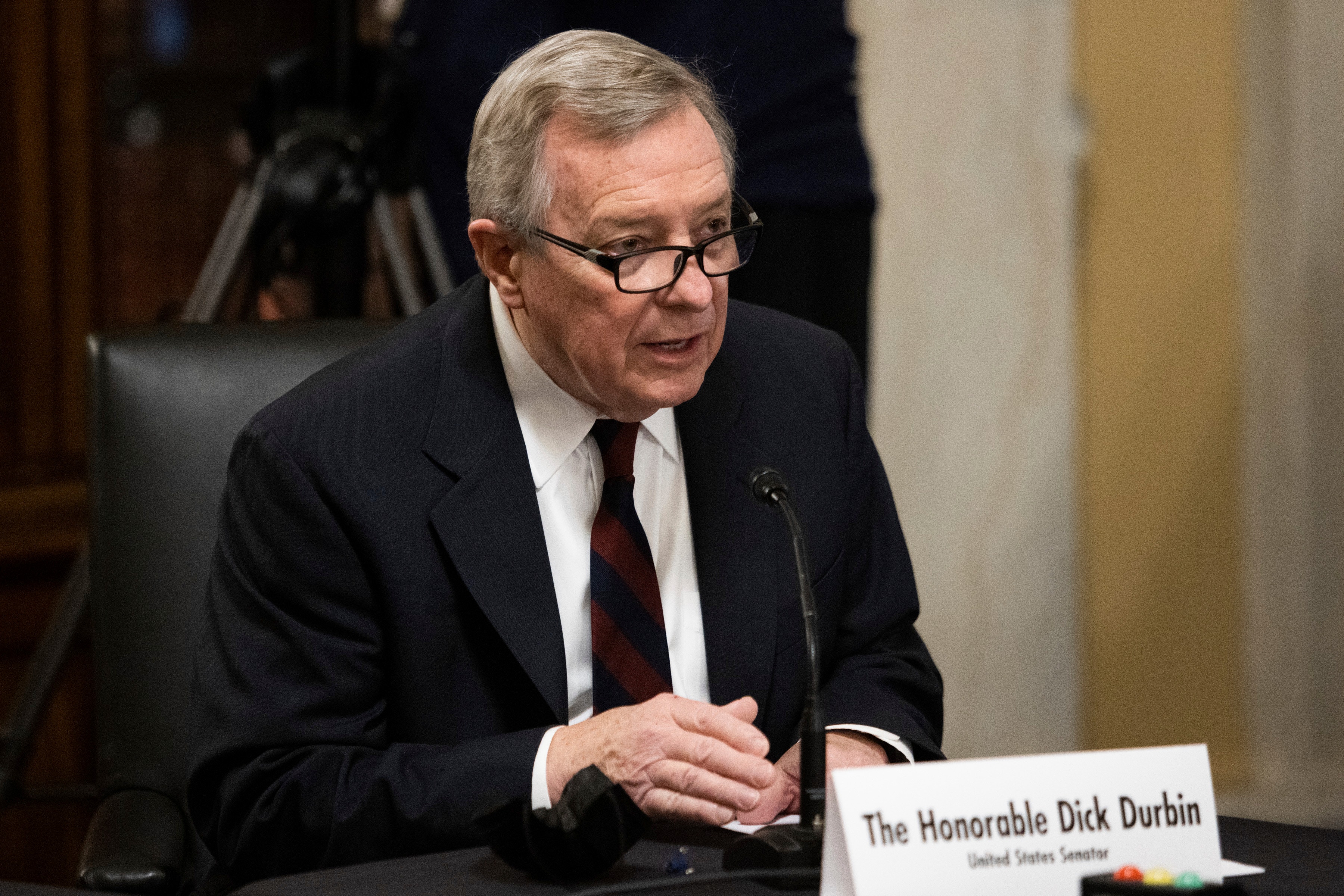 Progressives are pushing to end the filibuster in the Senate as a new administration gets settled in, and Sen. Dick Durbin, D-Ill., told NBC News’ “Meet the Press” Sunday that ending it should be a no-brainer if Democrats are unable to get their agenda through Congress.

“The American people want us to take action,” he said. “Action on this pandemic, action on this economy… And if this filibuster has now become so common in the Senate that we can’t act, that we just sit their helpless, shame on us. Of course, we should consider a change in the rule under those circumstances.”

Senate leaders Chuck Schumer and Mitch McConnell have been clashing as they seek to re-organize a 50-50 Senate. According to Durbin, Schumer put forward the same agreement from the last split Senate, yet McConnell countered his proposal to ensure the filibuster “would not be touched.”

“Well, that’s a non-starter,” Durbin said. “Because if we gave him that, then the filibuster would be on everything, every day.”

“So here’s the bottom line,” he explained. “If we are going to work in a bipartisan fashion, let’s pass the organizing resolution without the extra McConnell language.”

Durbin suggested the Senate focus on getting “down to business” to pass the $1.9 trillion relief bill, in order to distribute the coronavirus vaccine quickly across the country and give aid to the unemployed and America’s struggling businesses.

“We want to get this economy back on its feet and we want to get kids back in school,” he said. “Let’s do that as a priority on a bipartisan basis.”