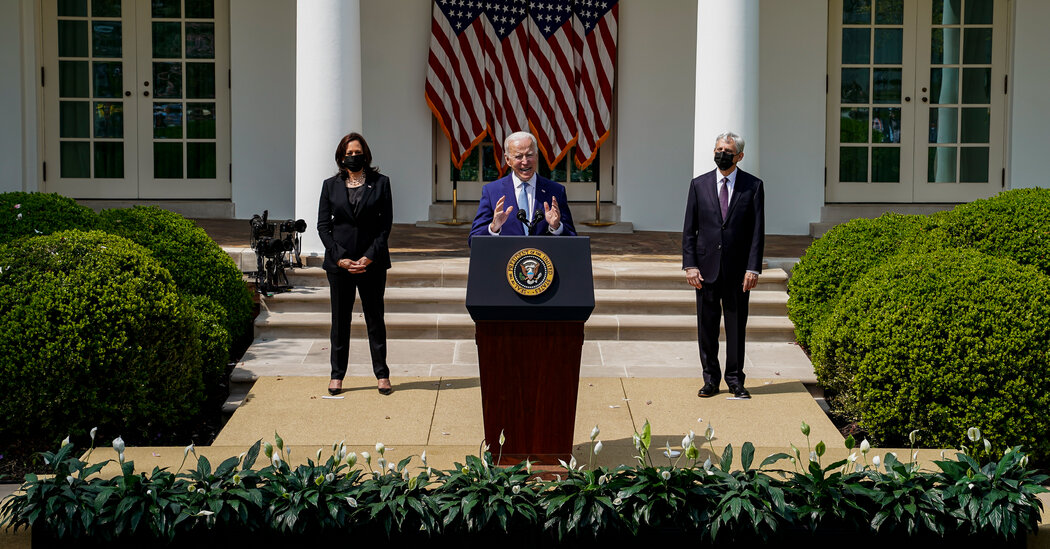 Mr. Chipman, an adviser to the gun control organization founded by former Representative Gabrielle Giffords, is a former agent with the A.T.F. Ms. Giffords left Congress after she was shot in the head in a mass shooting in 2011 in Tucson, Ariz.

While Mr. Chipman’s selection came as welcome news to gun control groups, he faces a potentially difficult confirmation fight in the Senate.

Republicans have effectively hobbled the A.T.F. for decades, often at the urging of the National Rifle Association, which has preferred to keep the agency in a weakened state. The N.R.A. succeeded in lobbying Republicans to have the agency banned from transferring enforcement authority to the F.B.I. or Secret Service and to include limits on unannounced inspections of gun dealers or digitizing its records.

In 2006, lawmakers allied with the National Rifle Association enacted a provision making the position of A.T.F. director subject to Senate confirmation. As a result, only one director, B. Todd Jones, who was nominated by President Barack Obama, has been confirmed over the past 15 years.

The initiatives laid out on Thursday by Mr. Biden show how much more difficult it has become for Democrats to advance their agenda on guns since he served in the Senate. In 1993, Mr. Biden played a key role in the passage of the landmark Brady Handgun Violence Prevention Act, which was named for the onetime White House press secretary James S. Brady, who was shot in an assassination attempt on President Ronald Reagan. A year later, Mr. Biden helped authorize a 10-year ban on assault weapons.

As vice president, he said the worst day in the Obama White House was in 2013, when the Senate rejected the administration’s proposal to expand background checks after the shooting in 2012 at Sandy Hook Elementary School, in Newtown, Conn., that killed 26 people, including 20 children.

Mr. Biden on Thursday acknowledged there was only so much he could do without Congress. “This is just a start,” he said. “We’ve got a lot of work to do,” he added, calling gun violence a “blemish on our character as a nation.”